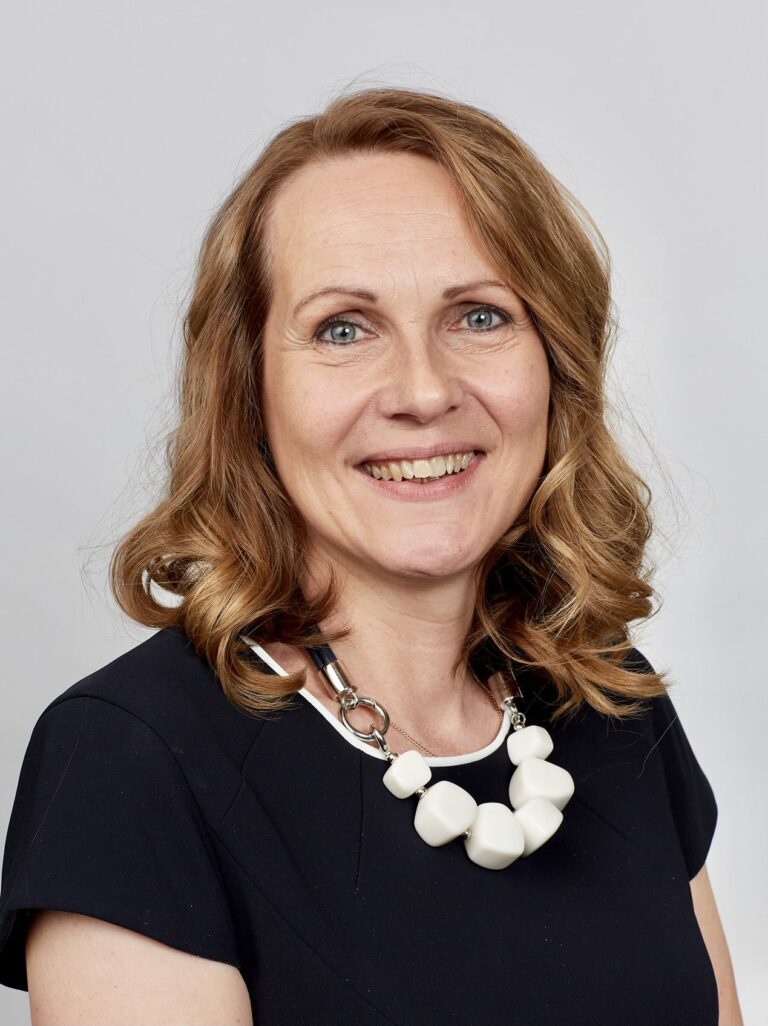 How a fresh team of retail dynamos are bucking the trend to launch a new era for Frasers Group.

Nicola Frampton, a Non-Executive Director of Frasers Group, reveals how investment in bricks and mortar and an inspired elevation strategy is rejuvenating the high street.

If you’ve read about the retail sector in the media in recent years then the chances are you might have seen headlines about doom and gloom on the high street.

Not so for Frasers Group, which made headlines in July reporting rec-ord-breaking profits before tax of £344.8m, despite the well-chronicled challenges faced by the industry. The company owns luxury destination Flannels as well as other major retailers such as Sports Direct, House of Fraser, GAME, and Evans Cycles.

Nicola Frampton, who joined the Frasers Board in 2018, having previ-ously been managing director of William Hill‘s UK retail division, points out that Frasers Group has been willing to invest in flagship stores at key locations outside of the capital, something that few others have dared to do in recent years. She is currently Operations Director at Domino‘s Piz-za UK and a Non-executive Director at Frasers Group, which benefits from her extensive retail experience.

The ex-police officer is a trustee board member of the National Horse Racing College as testament to her time at William Hill, and away from work she’ll be found watching Formula One or in her garden complete with a Koi filled pond.

As a school leaver at 16, out of necessity and circumstance rather than choice, a stint at West Yorkshire Police followed. Transferring the skills learned in the academy allowed Nicola to begin the path to where she is today: internal auditing, to risk management, corporate governance and assurance all the way to financial services to retailing at Deloitte. Joining William Hill as a corporate risk director saw her fast tracked to the role of UK managing director for their retail division, during which she saw significant industry and economic changes.

As COO of Domino’s and non-executive director of Frasers Group, Nicola will continue to do what she does best: provide consumers with the expe-rience they want.

Frasers Group now works in partnership with the world’s best brands in over 20 different countries, generating annual revenue of £4.8billion in 2021-22 (a record year for the company).

This demonstrates that far from being in decline, many parts of the retail industry are not only showing remarkable resilience, but can also look to invest for the long-term.

Frasers is opening bigger and better flagship stores in key locations on the high street, whilst also enhancing online and digital capabilities as part of a group-wide elevation strategy.

The strategy is underpinned by an aim to give consumers access to pre-mium and luxury brands including sports merchandise and kit, all to pro-vide a world-leading retail ecosystem.

We spoke to Nicola Frampton about the company‘s achievements amid a tough commercial environment.

Nicola says the achievement is the result of a five-year elevation strategy that aims to offer consumers the world‘s best brands within an enhanced shopping environment.

‘For us it’s all about the customer experience and being able to offer an unrivalled choice of desirable brands,‘ reveals Nicola, a tireless retail ex-pert with intention behind every word.

“The future of retail is an environment where consumers can browse, eat and enjoy their time together. We are social animals and we benefit from the shared experience of shopping.

‘The desire for a varied and interactive retail environment is one of the main driving forces for why we are investing so much effort in elevating our stores across the country.‘

Nicola says the success of Frasers Group’s elevation strategy is self-evident with the opening of large flagship stores earlier this year in Liv-erpool and Birmingham.

‘The new Flannels store in Liverpool offers shoppers a bar, restaurant and gym alongside established luxury brands such as Louboutin and Guc-ci, plus there are new brands such as Sporty and Rich. The store‘s beauty hall has selfie-booths, and upstairs there is an in-house dermatology studio.‘

‘Our flagship Sports Direct stores typically contain a dry gym, sports bra fitting services, gait checkers – specialist digital kit to help runners find the perfect pair of trainers to keep them safer from injury, equipment-testing areas and even eSports halls while our mannequins include pros-thetic and wheelchair sports representation throughout the store which is an example of the company  being the home of inclusive sport for all.‘

The store portfolio, as disclosed in July, listed almost 1,000 stores across the UK and Ireland – and including Jack Wills, Evans Cycles, Game UK and USC. Frasers Group has also previously invested in luxury brands like Mulberry and Hugo Boss.

The company‘s history traces back to a single sports store that was founded by retail tycoon Mike Ashley in Maidenhead in 1982.

Ashley has since handed over the reins to his son-in-law, Michael Murray, who is now CEO after being credited for overseeing the company‘s eleva-tion strategy.

Nicola is refreshingly passionate about the high street, a key indicator of the Frasers DNA, although she accepts that today a strong online pres-ence is vital. You can expect Frasers Group to continue to invest in digital capabilities.

‘It could be argued that Generation Z scarcely knows any other way to shop than online — but driving footfall into bricks and mortar stores is a possibility made real by experiential shopping, which cannot be matched through impersonal online stores in isolation.“ says Nicola.‘

‘Social media is how you build awareness these days. It’s about sharing that experience. When the new Sports Direct store opened in Birming-ham, it was all over social media. The local community will now be very aware that they’ve got one of these fantastic new Sports Direct flagship stores on their front doorstep.‘

‘What Michael Murray has been smart at doing is pivoting that digital experience and saying, ‚Well, how does that work in a bricks and mortar environment?‘

In August the company announced it is to open three more luxury Flan-nels stores. These will have upwards of 80,000 square feet of floor space and will be located in Gateshead, Leeds and Cardiff.

The mantra as described by Nicola on behalf of previously underserved regional customers, is: ‘We’ve got money, we’ve got style, we’ve got am-bition and we can afford luxury, but we don’t want to spend precious time to get to London and back.‘

It’s also apparent that brand loyalty continues to be important to con-sumers despite the impact of the pandemic and the pressures associated with the cost of living.

Nicola says: ‘What you may find in challenging times is your footfall may stay the same, but instead of buying a pair of designer shoes, a customer might buy a lipstick by a luxury brand. This is known as the ‘lipstick ef-fect‘.

‘We all still want to go somewhere beautiful and treat ourselves occa-sionally regardless of the present spending power. With this in mind and to help our customers, we offer a variety of price points at good, better and best.‘

Is shopping changing as we know it? Is it a revolution?

‘I don’t know whether it’s evolution or revolution,” says Nicola. “But the way we shop today has fundamentally changed beyond all recognition from even a decade ago.‘

If you ask Nicola, the high street is far from dead. You may just see a new Frasers Group store open near you as they continue to rapidly expand their offering. 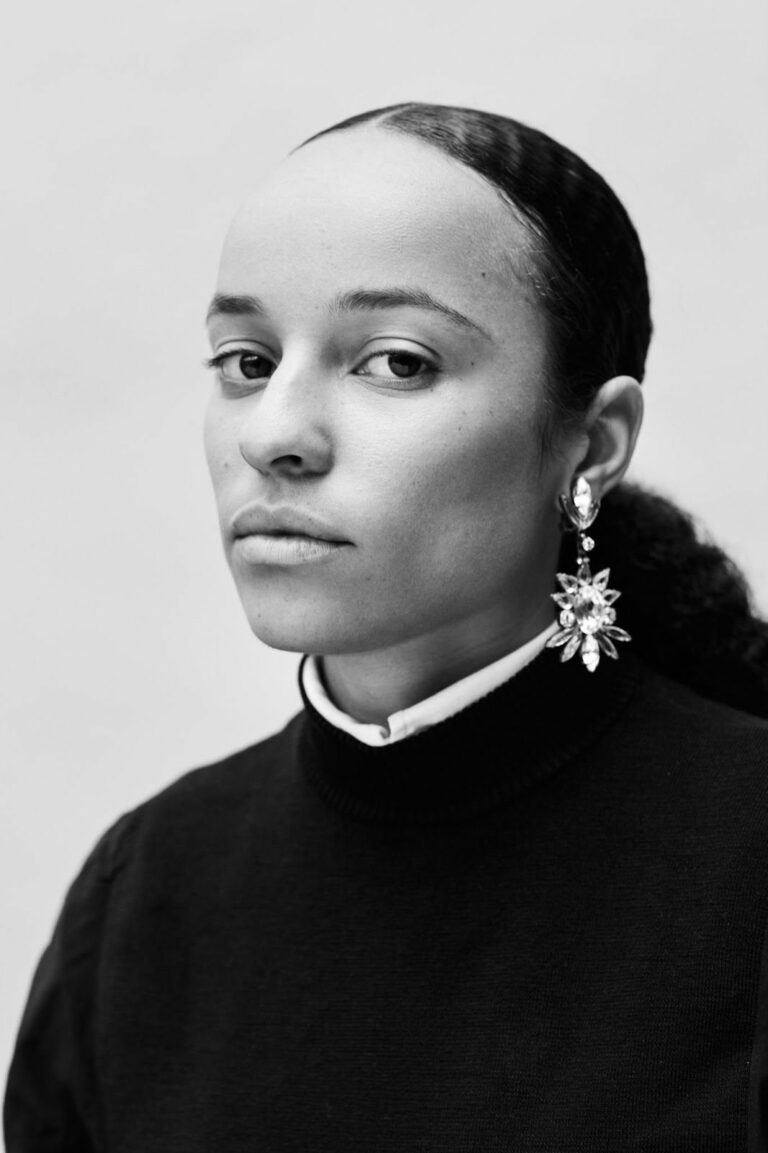 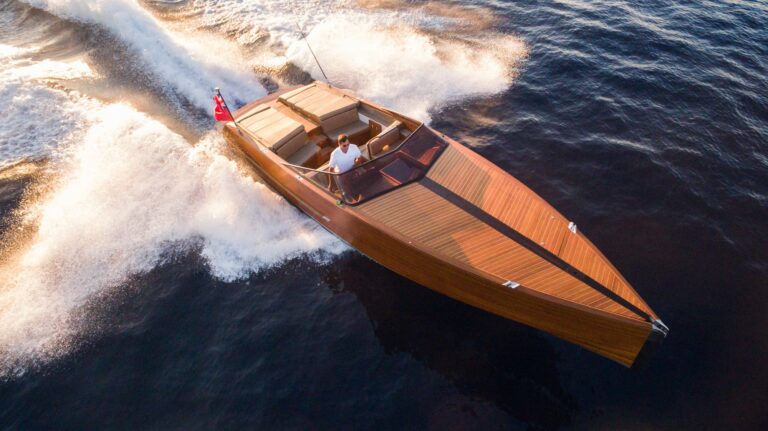 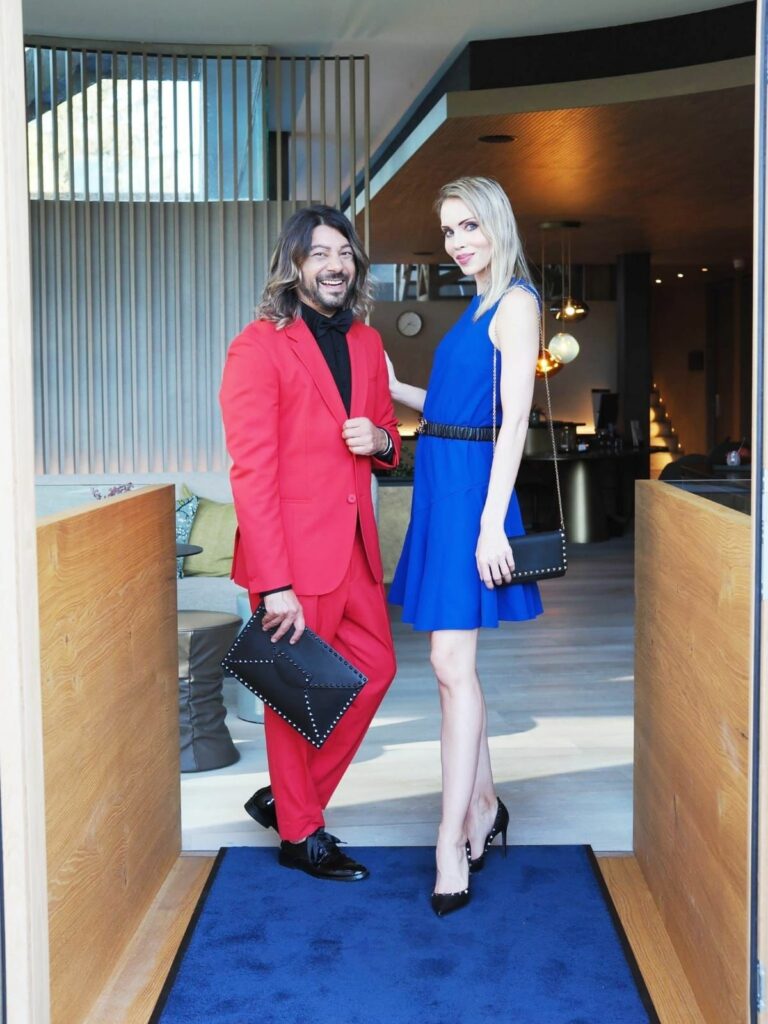 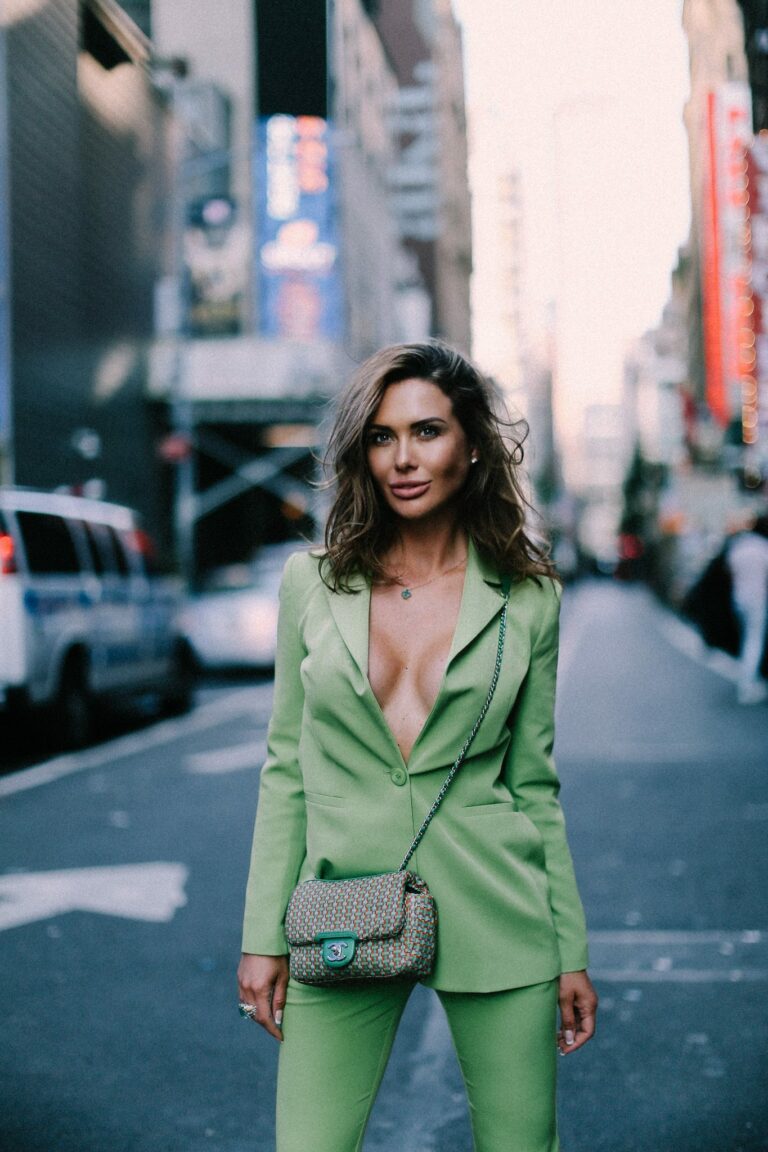 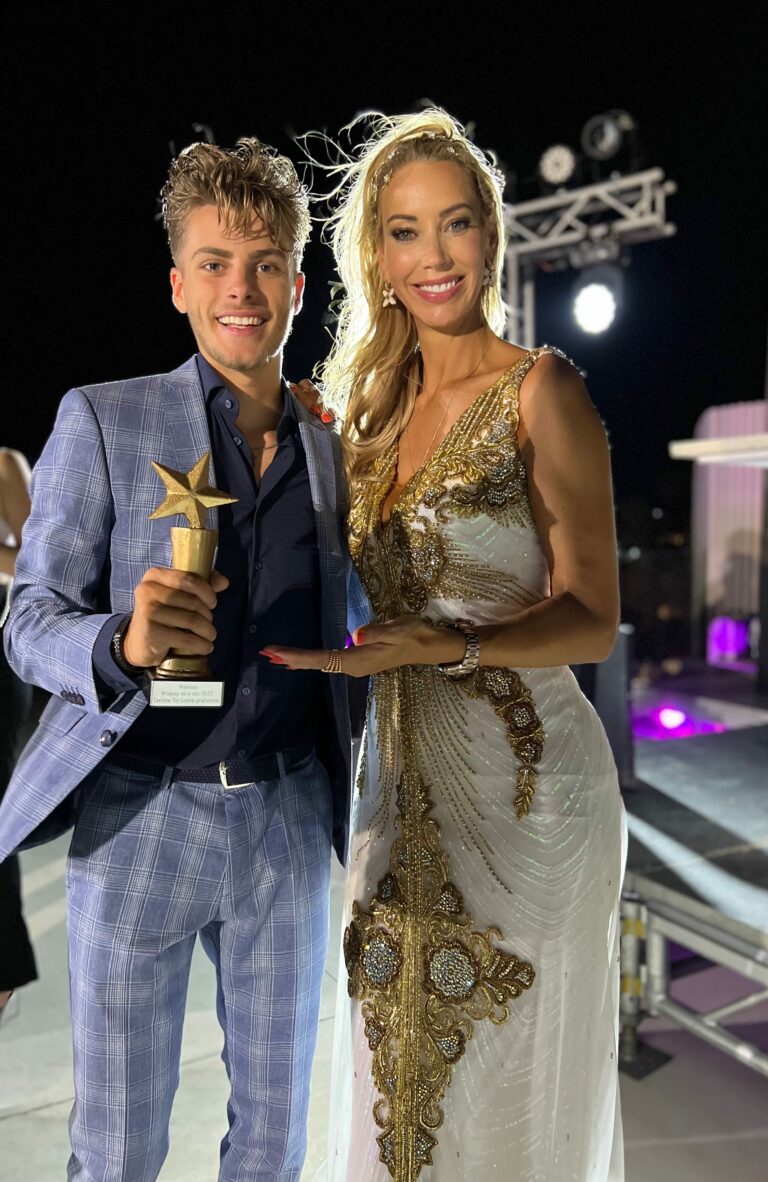 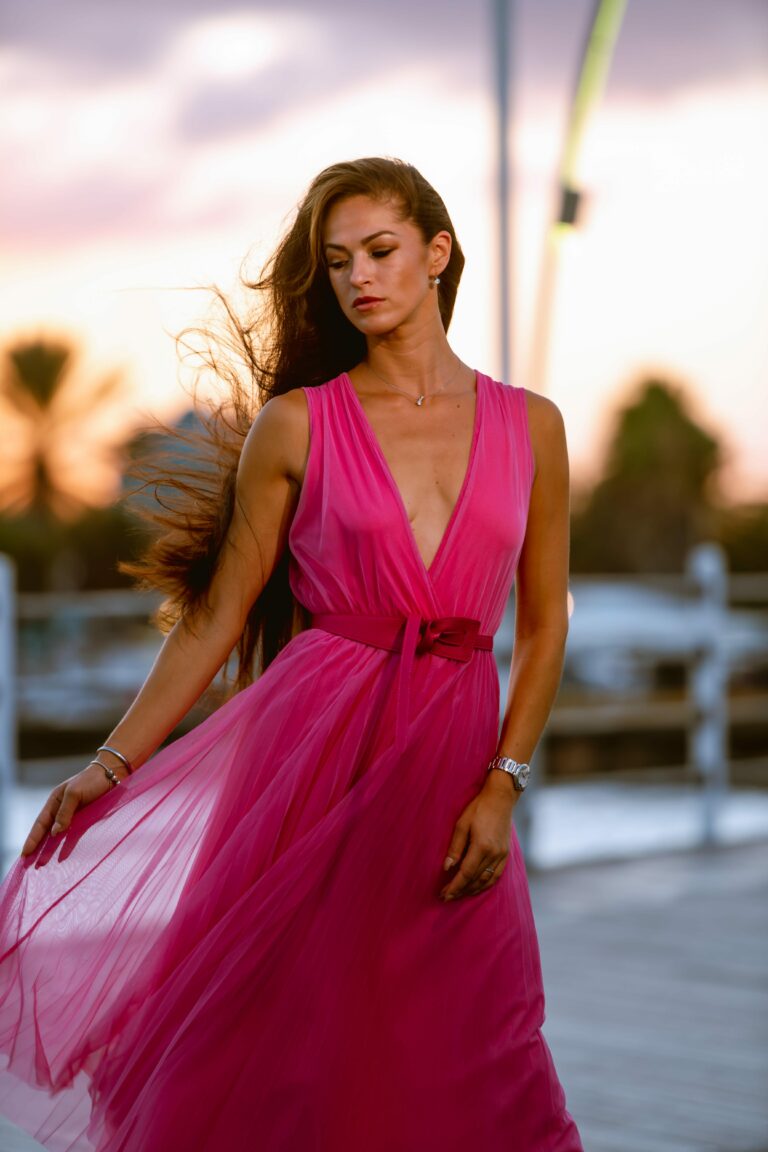 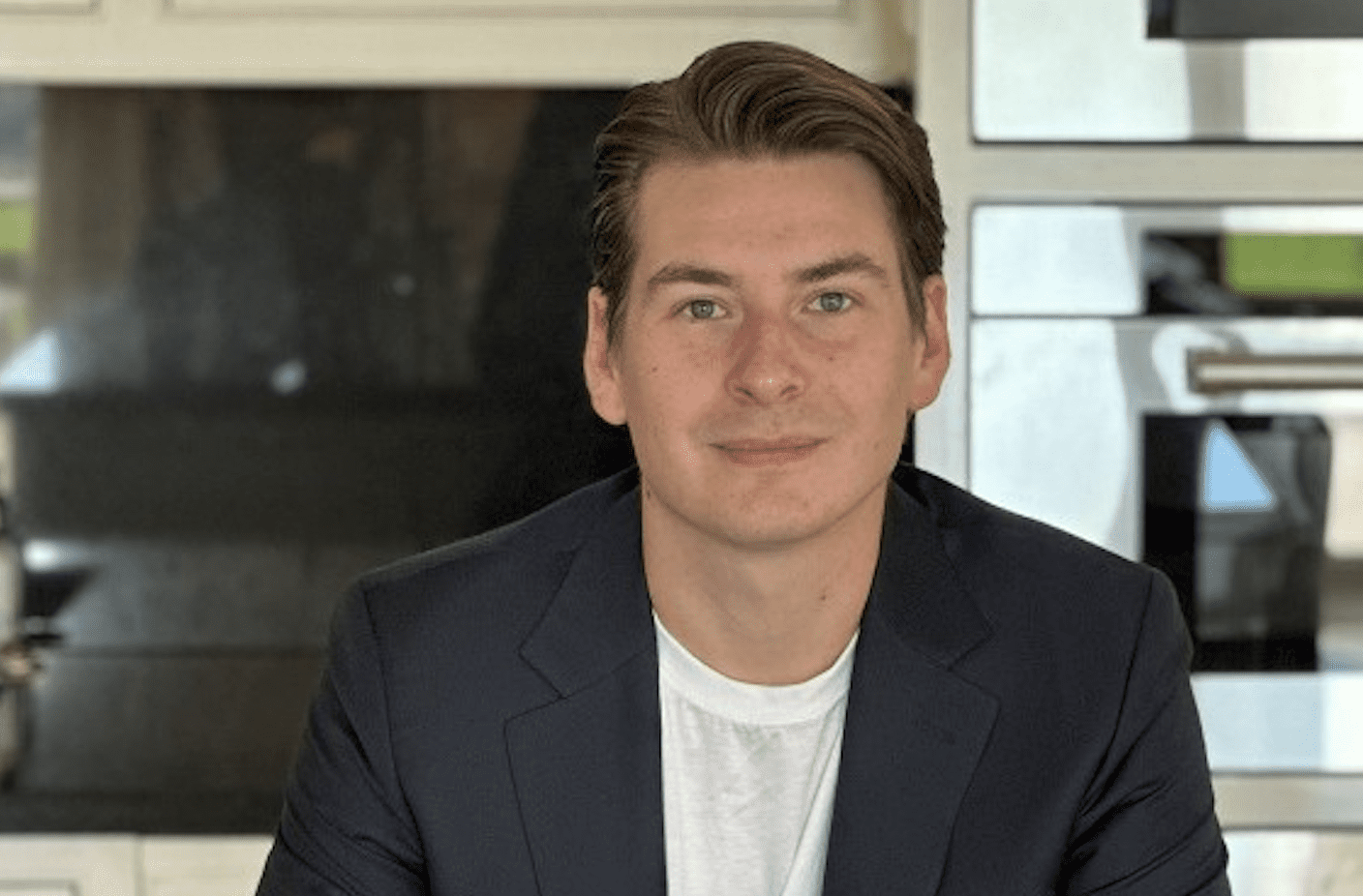 A Smarter Way to Dine 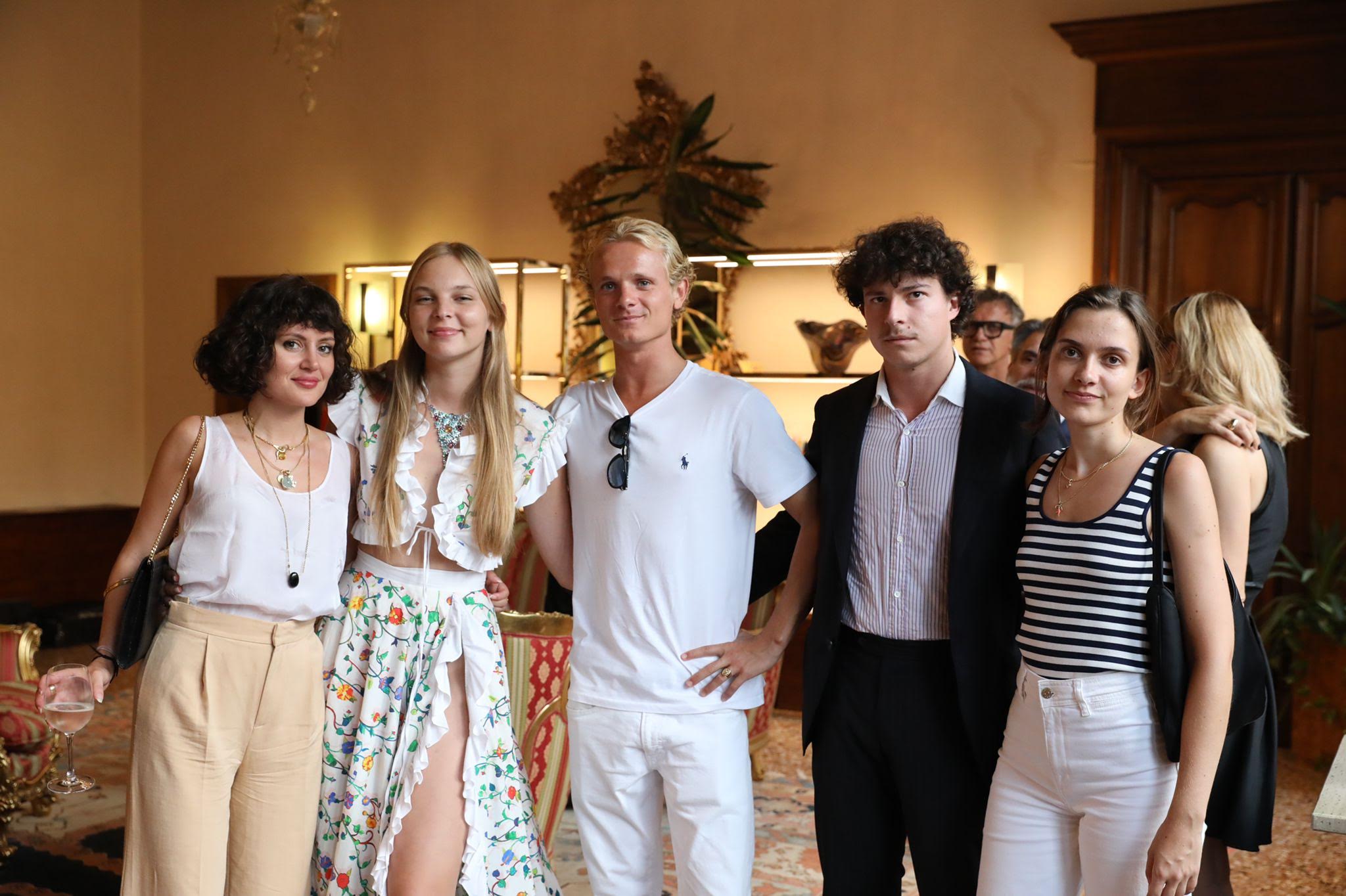 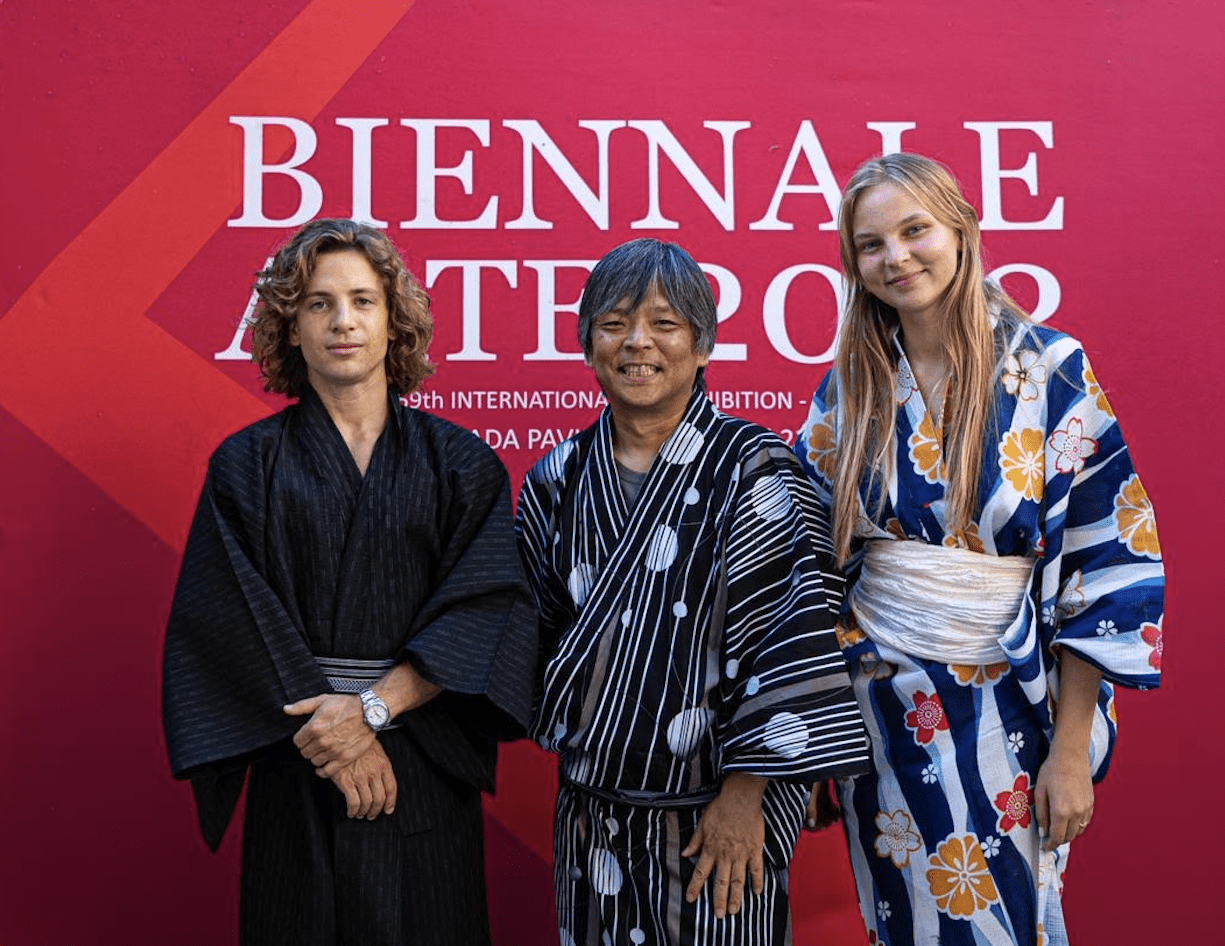 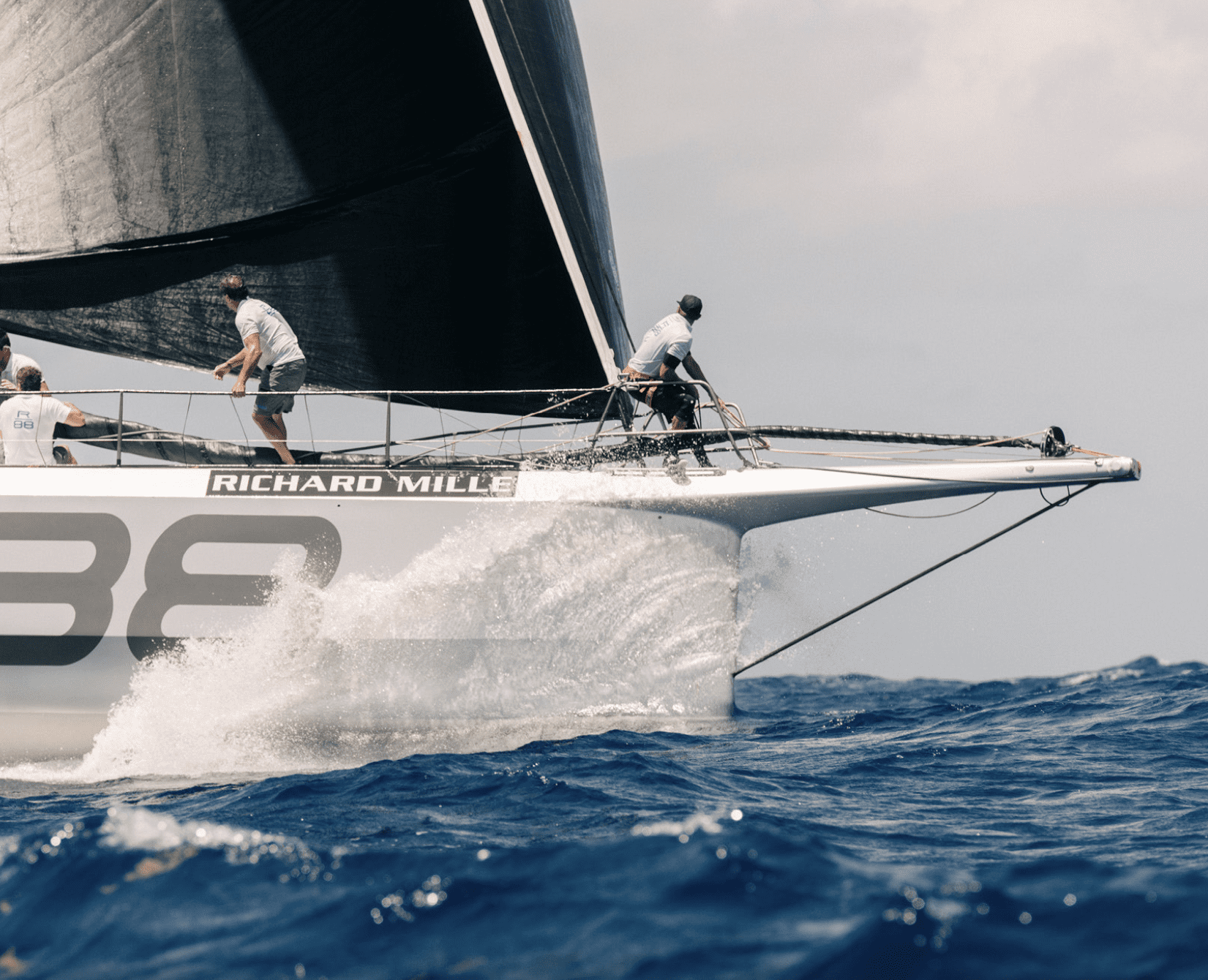 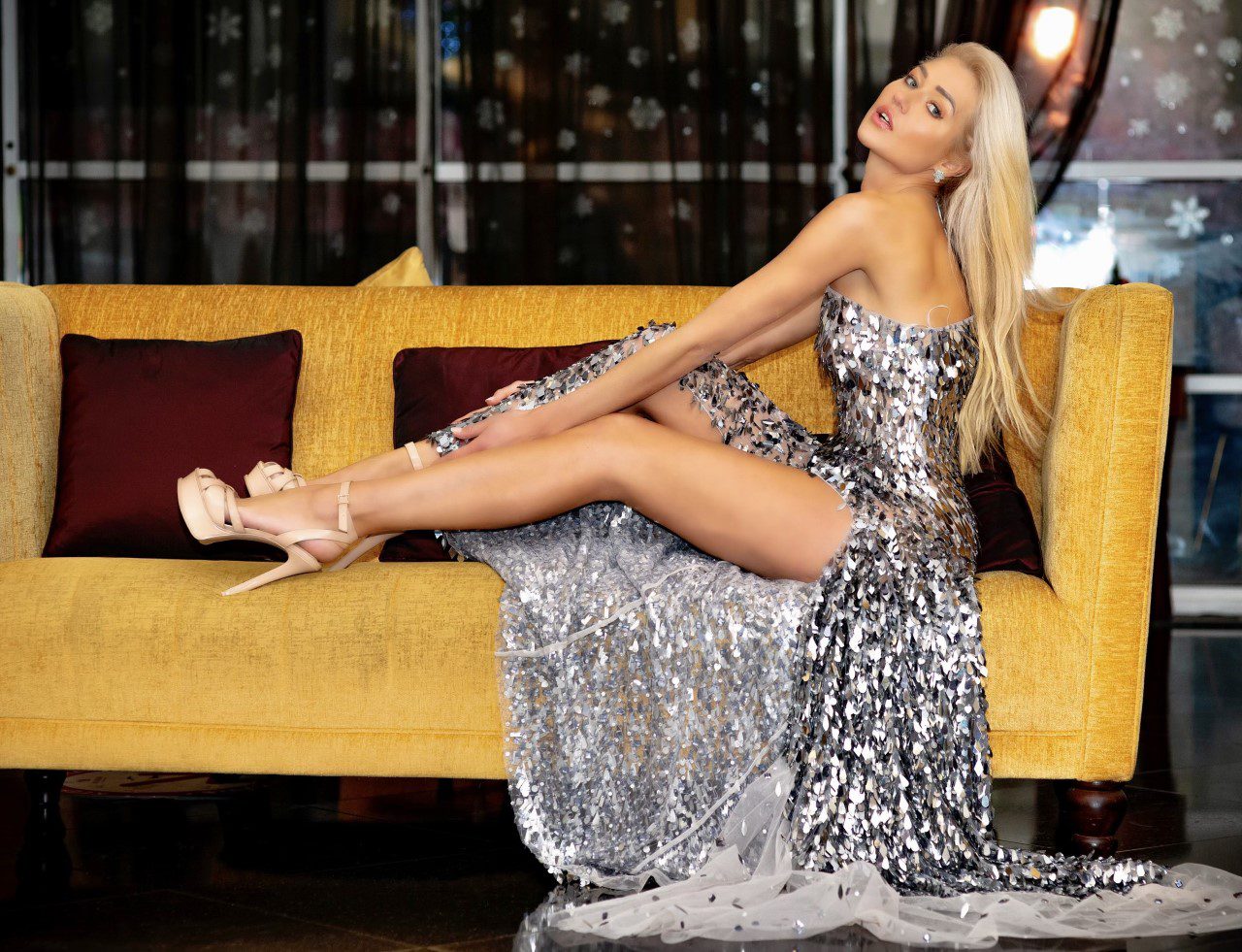